A brief summary of the story so far for our foreign readers.


The Greek Government decided to create a space for landfill in the region of Keratea, in Southwestern Attica, close to the site of Ovriocastro. Ovriokastro is a fortified hill site with important archaeological remains and a life span ranging from the prehistoric to hellenistic times. Strangely enough, the area is a declared and protected archaeological site with Decisions by the Greek Ministry of Culture dating in 1980 and 1995.
Ever since the announcement of the government's intentions, the people in the region protest strongly and continously against the construction of the landfill, invoking in their arguments the great archaeological importance of the site.
[There are lots of full reports on the incidents related to this struggle, some of them in English and other languages as well, so if you're interested take a look here]
One of the most characteristic finds of the region is the so-called "Kouros of Keratea", currently in exhibit in the National Museum of Athens. 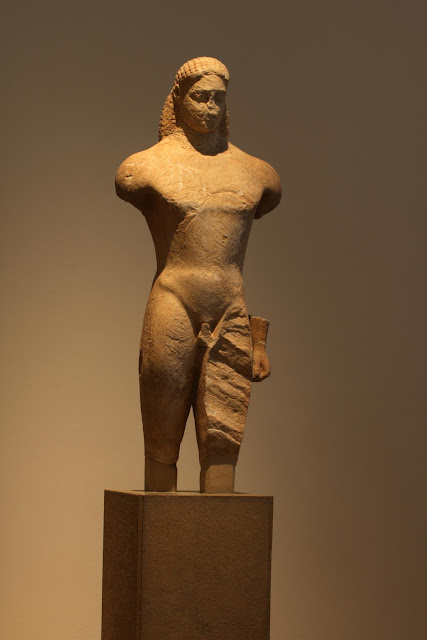 It is interesting to note that, although other important finds also come from the same region, even other statues of Kouroi and a Kore, this particular statue has become a symbol of the the struggle of the people in Keratea, often portrayed in their remonstration posters. 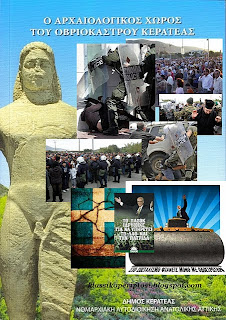 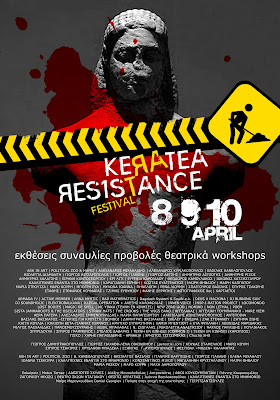 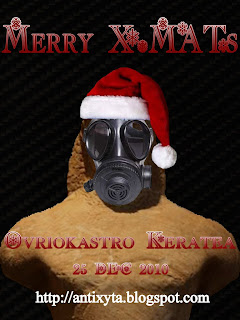 On March 22, 2011, another form of protest against the construction of the landfill took place in front of the National Archaeological Museum in Athens, current home of the Keratea Kouros. Students of the School of Fine Arts created a copy of the Keratea Kouros out of garbage and displayed it outside the entrance of the Museum.
According to the press reports the students said that "their aim was not to create an exact copy of the Kouros but rather to make a statue that would refer to the Kouros as he appears in their eyes after the construction of the landfill".
[press report here (in Greek)] 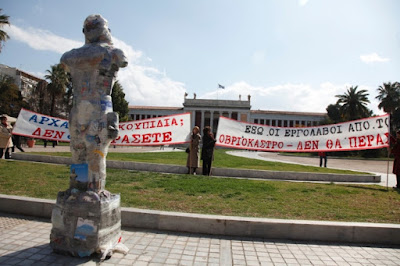 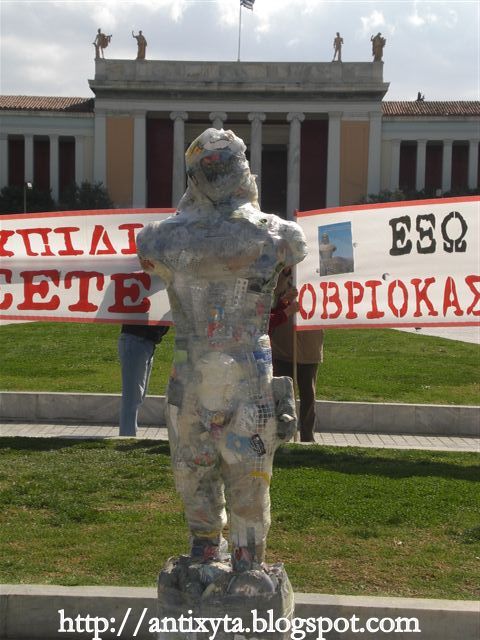 ******
Note also that protest against the Keratea landfill also took place in the Poseidon temple in Sounion. 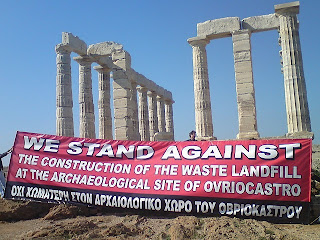 Greek readers were benefited from the post, as well :)

How inspiring to see that the local people feel so strongly about protecting their (and the world's) cultural heritage!

They do indeed. It's one of their strongest points in defending the site.