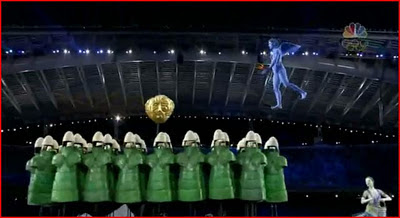 This was hugely interesting! Yes, I also made the connection with the Athens Olympic Games opening ceremony and was indeed rather disturbed like you!

I'm glad you verified my impression. I do feel better now ;)