Archaeologist Amanda Kelly was ever so kind to send me the following picture of a really neat modern Minoan "palace". Her friend Conor Trainor is actually the person to deserve the credit of discovering this lost treasure - I know I have both to warmly thank for giving me permission to publish the photograph and supplying relative information.


According to Conor, this new Minoan palace lies in Vyronas, Athens, on Formionos str.


This is actually one of those cases when words actually fail me in the attempt to describe this masterpiece. I wouldn't really know where to begin: the bright red of the Minoan columns dazzles me.


I'll limit myself to pointing out two elements that should not go unnoticed:


1. the two columns on the right are evidently free-standing - perhaps a hint at some religious use of the place?


2. the indented facade - an unmistakable feature of any true Minoan palace.


Try to ignore the trash cans in the foreground. They are but an inept element of modern Greece... 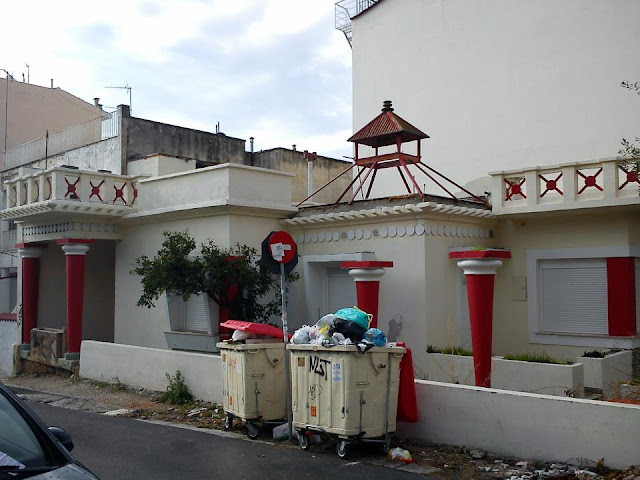 As Amanda put it, this is an aesthetic treat!