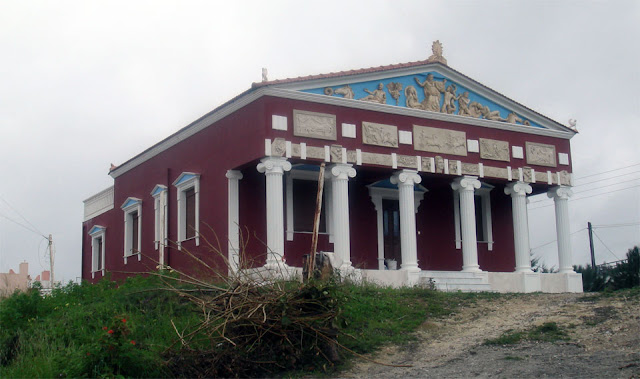 Though hard to believe, this colourful Parthenon-like building is actually a modern private residence somewhere on the island of Rhodes... 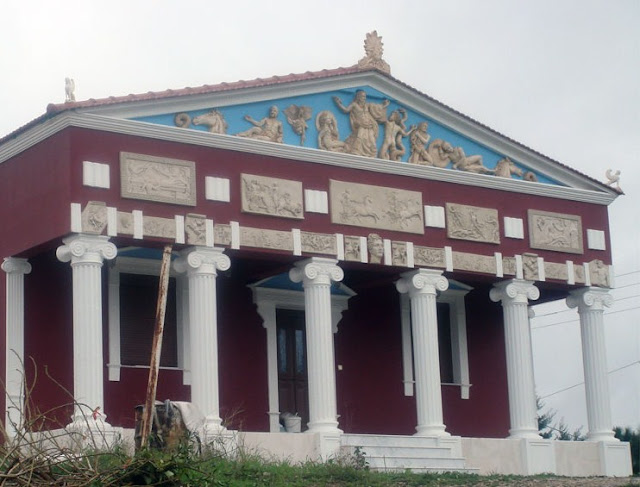 The house evidently imitates an ancient temple both in construction and decoration.

On the facade there are six pseudo-ionic columns supporting a dark red entablature with a frieze including different sized metopes and what seem to be very narrow triglyphs. There is an additional zone with five larger metopes and all this is topped by a fanciful pediment with figures in relief against a blue background. There is also a central palmette acroterion and two sphinxes on the corners.

Of course one cannot live on his love for ancient architecture - one has to have modern facilities as well, thus note the funny-looking front and side windows and the grey chimney on the side... 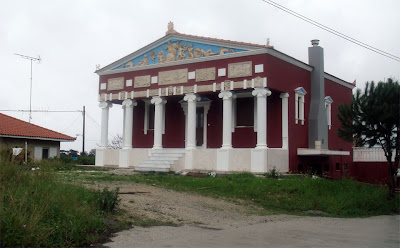 I wouldn't have much to say on the decoration, since I cannot easily discern the subjects on the metopes (cavalrymen probably from the Parthenon frieze, are a valid hypothesis) neither do I recognise the prototype for the composition on the pediment.


The only existing work of ancient art I can safely identify is the votive relief of a youth crowning himself found in Sounio (460 B.C.). A replica rests on the left edge of the frieze of the Rhodes Parthenon. 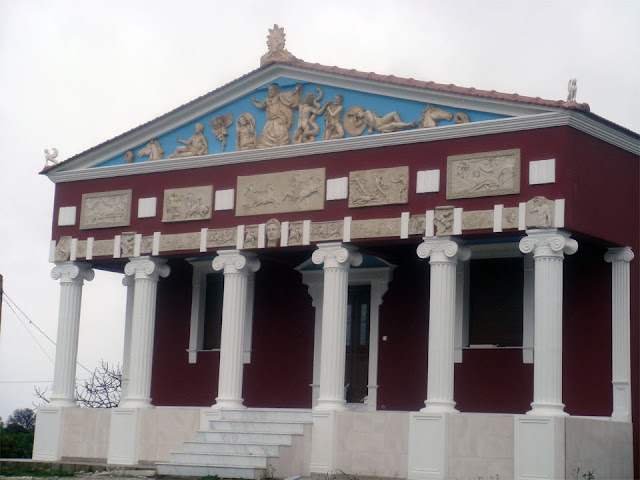 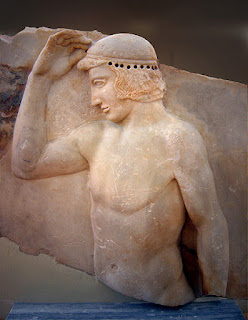 
A final photo of the Rhodes "Parthenon" under construction 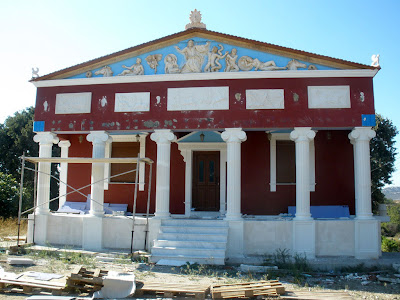 All photographs reproduced here are by the spitoskylo blog HERE and HERE.
More on the original Sounio relief, here and here

I like the detailed architectural analysis of the monument…

Thank you! I hope I did justice to this spectacular monument ;)