It is with great pleasure that I present today's post, written by fellow archaeologist Dr Thanos Sideris. Dr Sideris discovered this extraordinary find through his friends Kleopatra and Dimitris, who very kindly provided the photographs, and he wrote the following excellent piece.

This is a rare case of Consuming Greek Antiquity in the Far East.
Enjoy!

Once upon a time, when I was a student, my professor of History of Philosophy assigned to me a seminar work consisting in the comparison of Lao Tse (or Laozi) to Heraclitus, who, to my biggest astonishment, proved to be not only contemporaries (both lived presumably in the end of the 6th and the beginning of the 5th century BC), but also sharing a similar perception of time, morality and change. Since then I was offered many more occasions to observe the strange kinship of the two ancient civilizations, the Ancient China exhibition in the Met, in 2004, being one of the thoroughest.

I was however –and I am still- not familiar with the issues related to the reception of Classical culture in . You may imagine my surprise when I received from my friends, Kleopatra and Dimitris, these pictures of a hotel-casino in , a former Portuguese colony and nowadays a special administration Chinese territory. Macau seems to be the paradise of gambling, and according to most recent statistics it has a turnover surpassing by far that of and justifying its position as the world’s top casino market.

The Greek Mythology Casino is owned by a Chinese magnate, who has been recently in troubles with the triads (Chinese mafia organizations) controlling the gaming industry. The owner was attacked in his own establishment and beaten so badly that he spent several weeks in a hospital. It is not clear however why he opted for the ancient Greek mythology theme for his casino, and who was the designer of the exuberant –Versailles inspired- Poseidon fountain in front of the entrance, the astonishing Zeus statue in the lobby, and all these colorful frescos, reliefs and statues.

Yet, according to a reliable source which desires to remain anonymous, the attack of the triads should not be seen as retaliation for his aesthetic crime. Personally I still have my doubts… 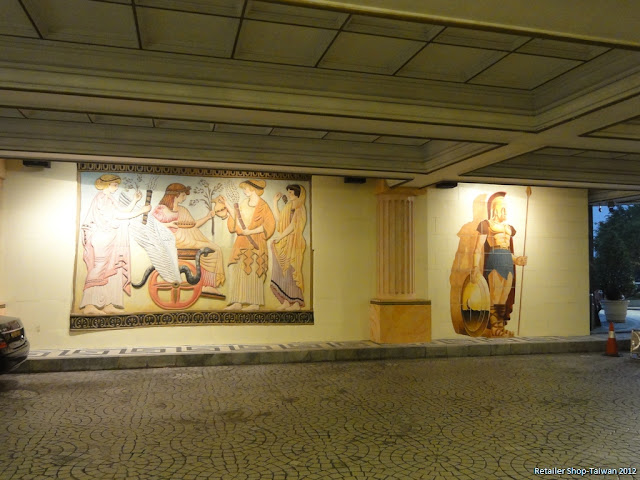 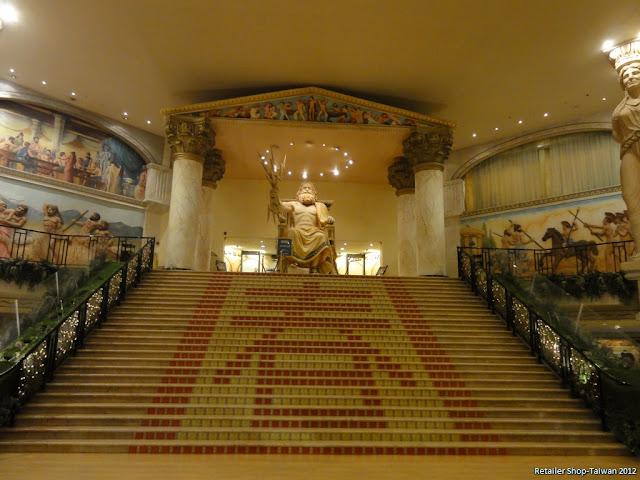 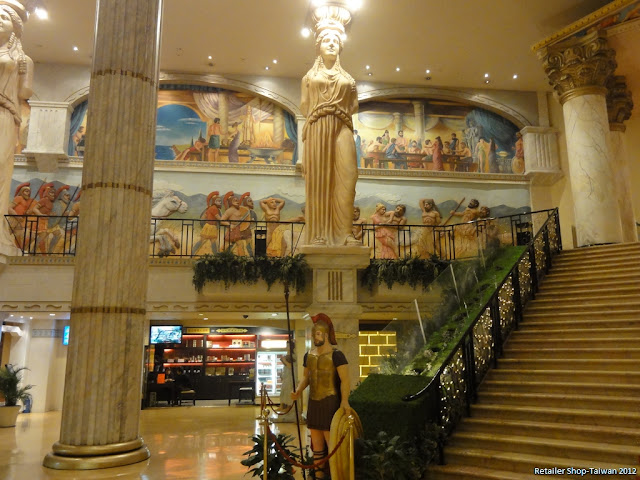 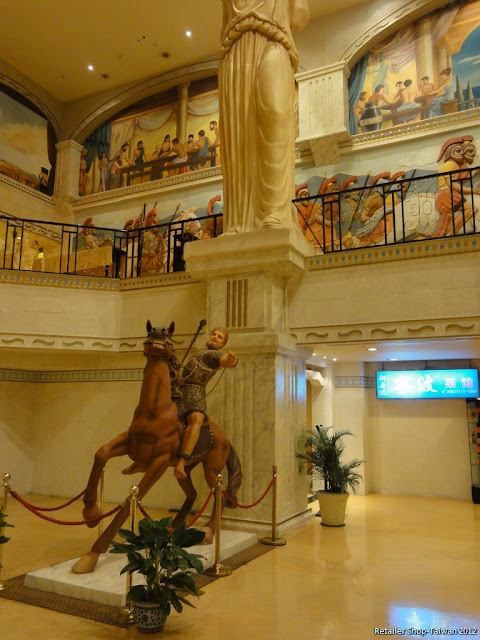 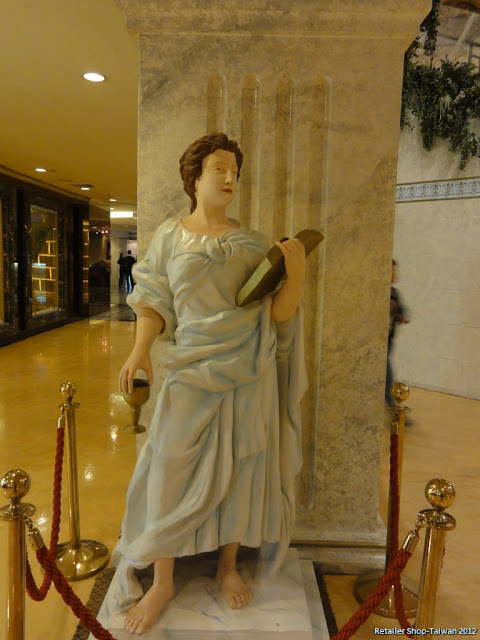 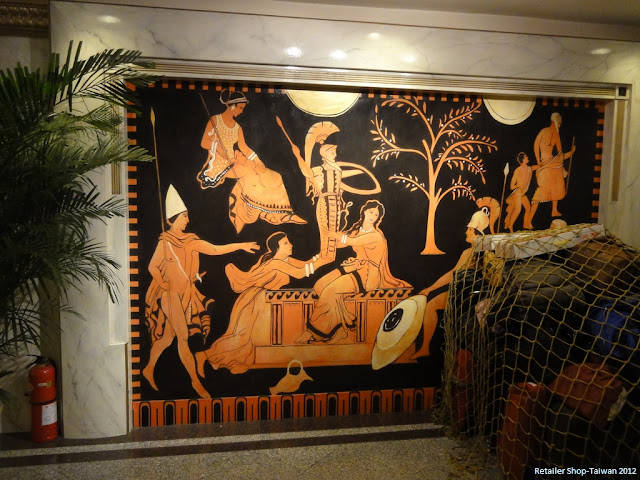 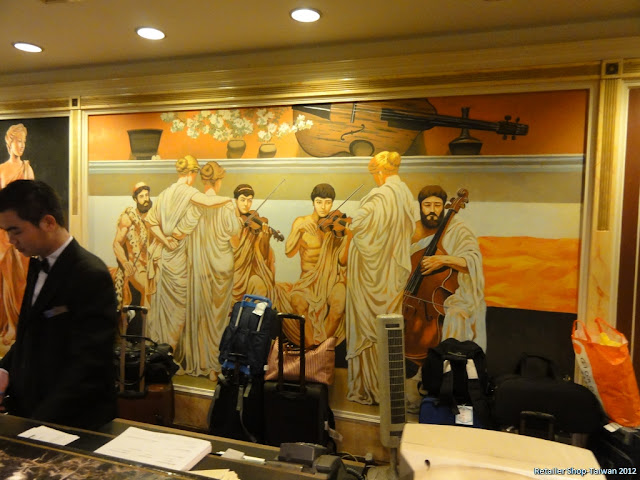 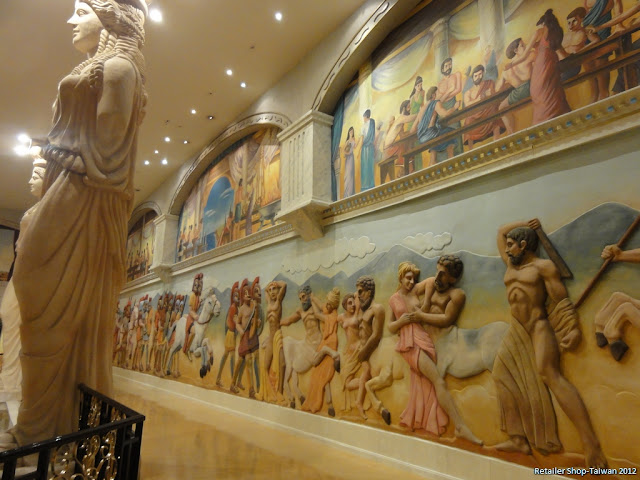 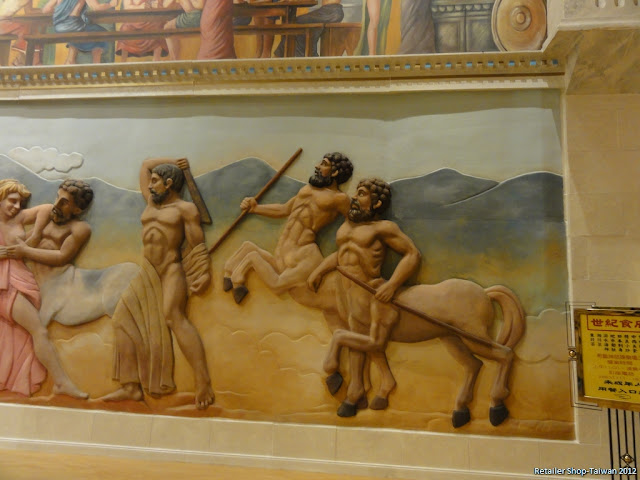 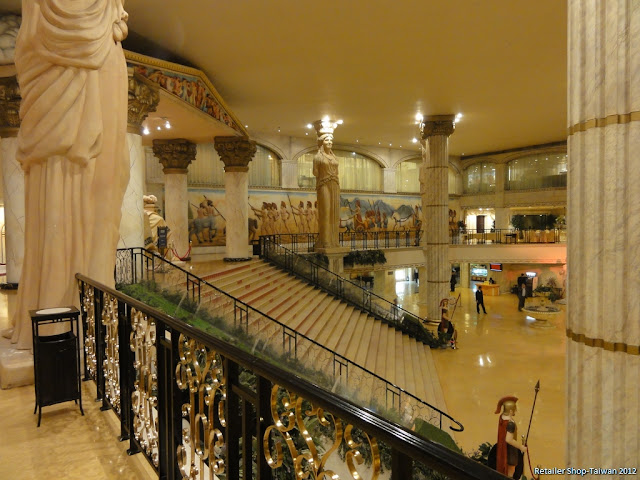 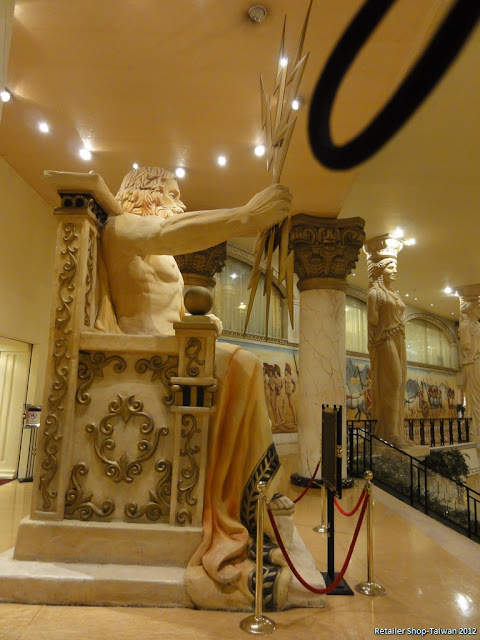 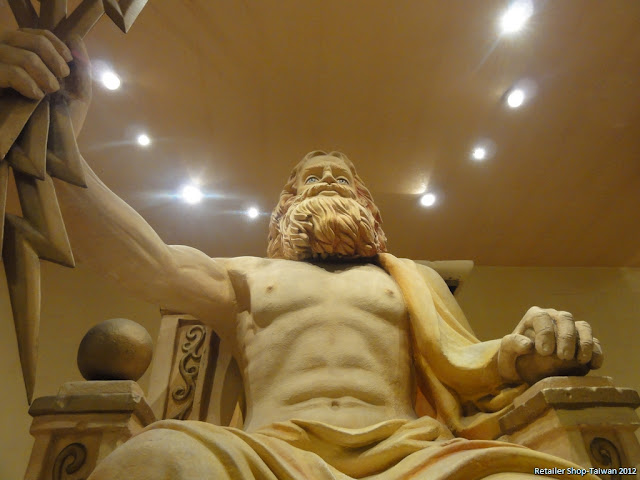 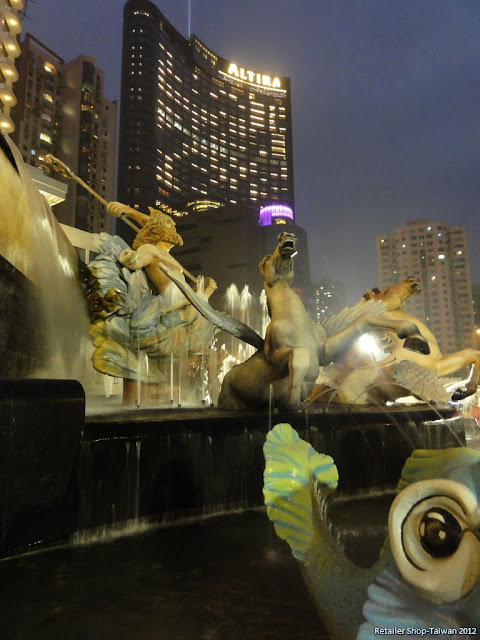 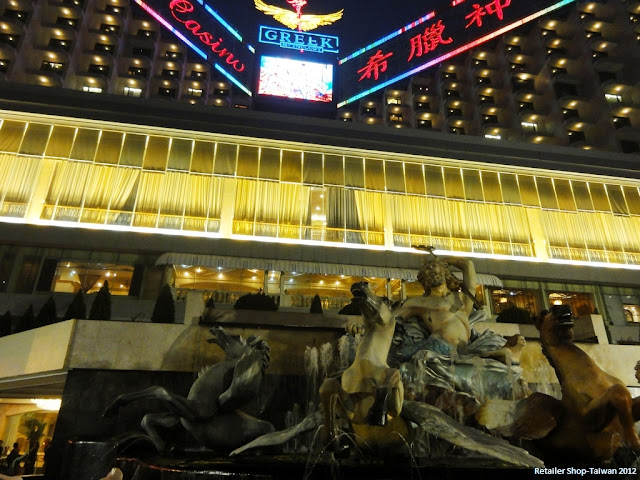 Aargh! Aesthetic crime is an understatement for this mostrosity...