Hillary Clinton in the Acropolis Museum

During her last visit in Athens in July 2011, US Secretary of State Hillary Clinton visited the New Acropolis Museum on July 17, 2011 and these interesting photographs of her admiring the exhibits, especially the famous Kritios Boy and the Callimachus Nike, came up in the press. 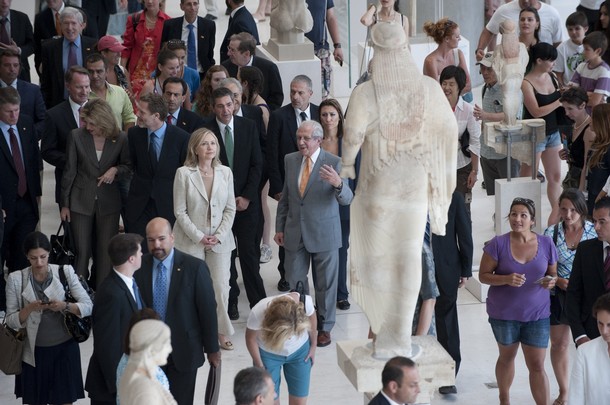 Hillary and the Kritios Boy 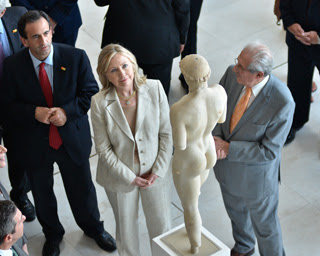 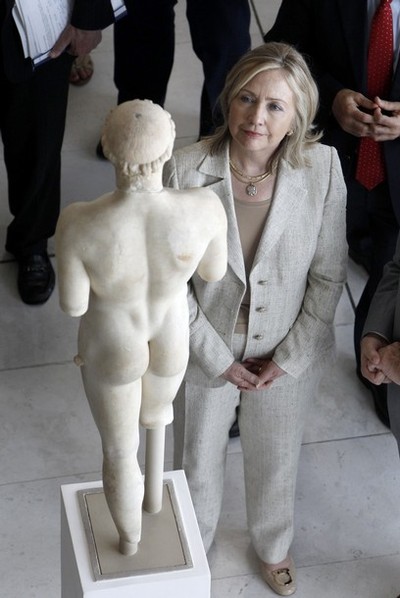 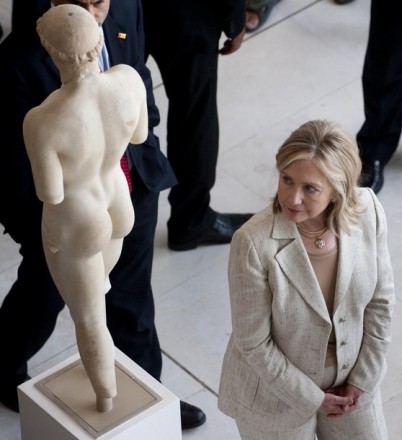 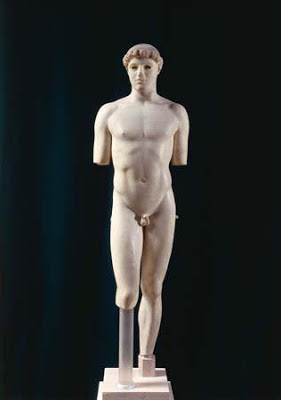 Hillary admiring the model of the Callimachus Nike 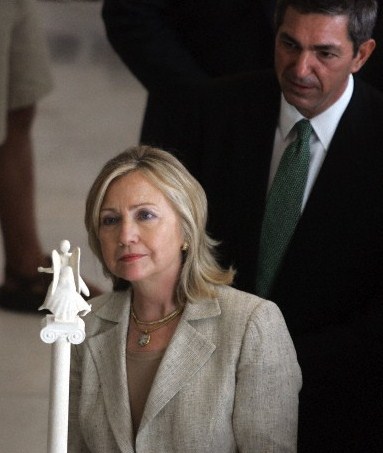 (a photograph taken from her point of view) 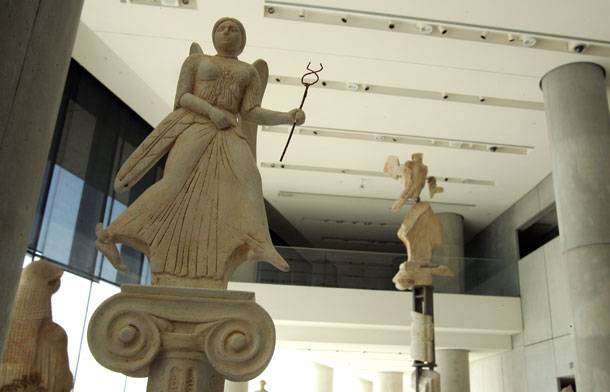