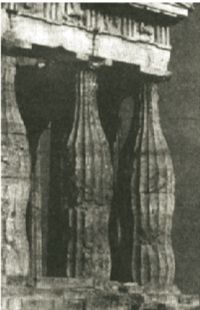 In 1992, the Italian branch of the Coca-Cola multinational company published a full-page advertisement in the Corriere della Sera newspaper showing the Parthenon's columns formed like Coca-cola bottles.
The advertisement raised a huge outcry and was considered an intentional act aiming to influence the choice of the city organizing the 1996 Olympic games. Atlanta (the Coca-cola base) and Athens were both candidates.
The Greek Ministry of Culture complained against the use of the image of the Parthenon in this advertisement, especially on account of the deliberate distortion of the monument's elements, and consequently the company withdrew the ad and issued an official apology.
στις 12:19 π.μ.