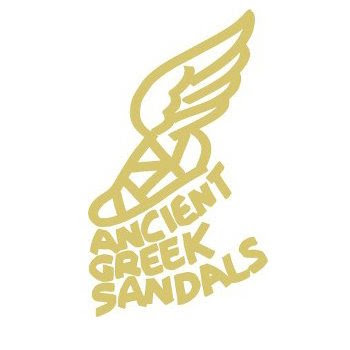 It should be noted that this is actually a Greek-based company doing very well in this time of crisis, producing high quality shoes of great taste. Their sandals appear in all the fashion magazines around the world and rightly so (see HERE) and are worn by Hollywood celebrities, like Michelle Williams. 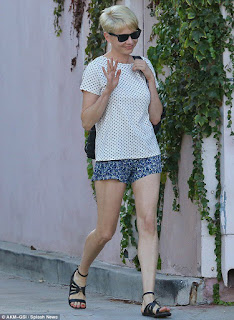 I particularly appreciate the fact that they produce both "classical" models, i.e. copying ancient sandals as we know them through classical iconography, and also tasteful and quirky modern versions. 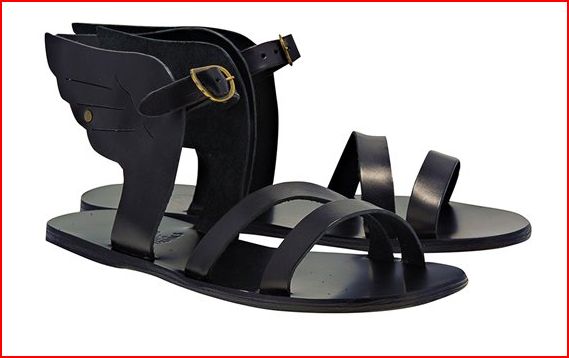 In their own words:

"Ancient Greek Sandals are handmade locally by skilled craftsmen using traditional techniques that have existed for centuries. A raw yet feminine aesthetic distinguishes this new sandal brand. The chemical-free, natural tan leather ages beautifully with time and wear. The collection is inspired by ancient Greek goddesses, nymphs and muses as well myths, pottery, jewellery and sculpture."

The company produces many designs for both women and men and they name them after mythological figures. It was really hard to choose some examples from their collection for this post.
*I should note one complaint of mine though: no men's sandals named after Perseus! 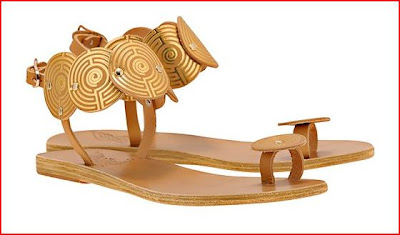 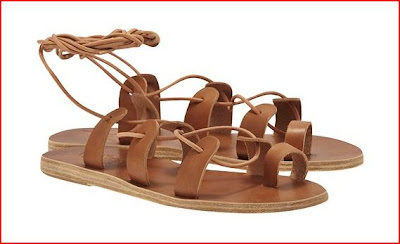 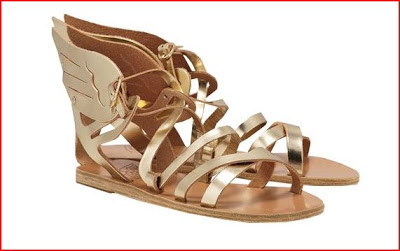 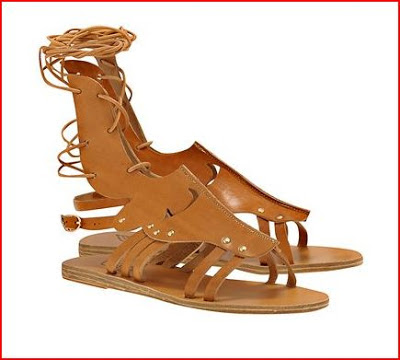 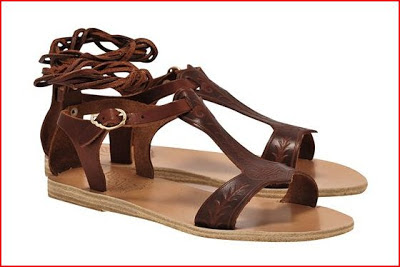 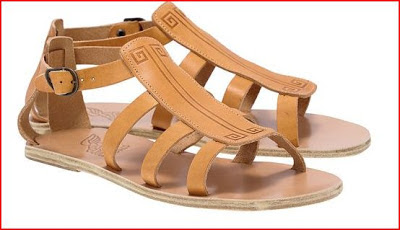 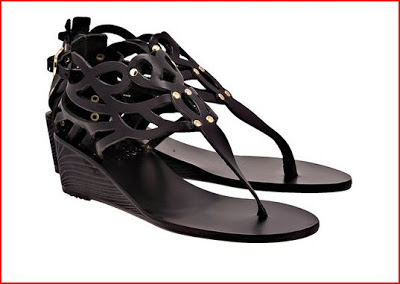 MEDEA WEDGE
(this was Peggy Ringa's favorite I think, and mine too!)
* 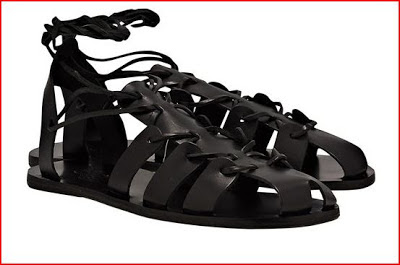 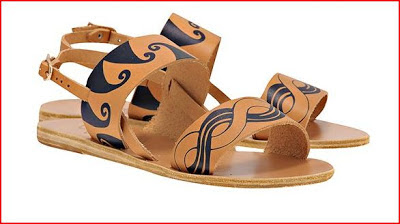 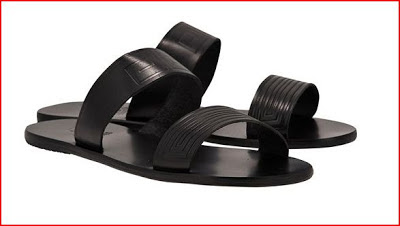 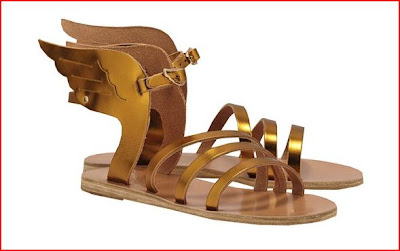 You may visit the company's site HERE and see more for yourselves.
You may also follow them on Facebook, HERE.

And while I'm at it, you may now follow Consuming Greek Antiquity on Facebook too, HERE
στις 9:43 π.μ.